It is with great sadness that we share the news of Murray’s passing. On May 28, Murray Geddes lost a lengthy battle with an illness and passed away at the Riverview Health Centre.  He will be greatly missed by staff, volunteers, community members, and particularly, the children in Riverview.

Murray began working at the Riverview Community Centre in 2008. “I remember when he first joined RVCC” says Beverly Suek, who was the President at the time.  “We had rotated through a number of caretakers, with varying degrees of efficiency, and it was such a relief to have a person who had an ongoing commitment to the club and cared as much about it as we did”.

He immediately moved into Riverview to be part of the community.  He was always there to lend a helping hand for Breakfast with Santa, the Spring Carnival, the Garage Sale (his favourite) and all the sports activities.

Over the last 10 plus years, Murray established himself as a friendly and welcoming face at the club. Although he ultimately succumbed to illness, Murray was very reliable and rarely called in sick. He took pride in his work and cared deeply about the community centre. Even towards the end, Murray was thinking about the club. “In a phone call about a month before his passing, he said he was ready to leave the hospital so he could put up the soccer nets for the kids” says Charles Musto, Manager at the Riverview Community Centre. “He never stopped thinking about us.”

Murray loved seeing the kids and he was great with them. It brought him such joy when they interrupted his work and asked him to help them in the canteen. It made their day too. He also loved dogs and perked up any time a dog wandered in with their owner.

Over the last few years, Murray was especially excited by all the renovations to the club. He loved the history of the centre and he’d want to share it with anyone who would listen. You might just pop in to use the bathroom and then next thing you’d know is you were on a tour with him through the newly renovated spaces.

He was not just the caretaker – he was a person we all relied on and in turn, the community centre gave him such purpose. He was and remains important to the club. For many, he was the face of the club – a comforting presence that added to its character.

“Murray always had time to connect with people. He was very interesting, unique and had many skills to offer our community. He was especially kind to all of us at the daycare. He went out of his way to accommodate the children and staff at RACC and did such an excellent job of keeping all of our play spaces clean and safe for our community. He was an important cog in our Riverview wheel” says Michelle Lange, director of the Riverview Ashland Child Care Centre.

He was truly one of a kind and will be dearly missed.

A private, family service was held on Friday, June 4.

In lieu of flowers, his family has shared that donations can be made to Canadian Liver Foundation, Juvenile Diabetes Research Foundation Canada (JDRF) or CancerCare Manitoba. 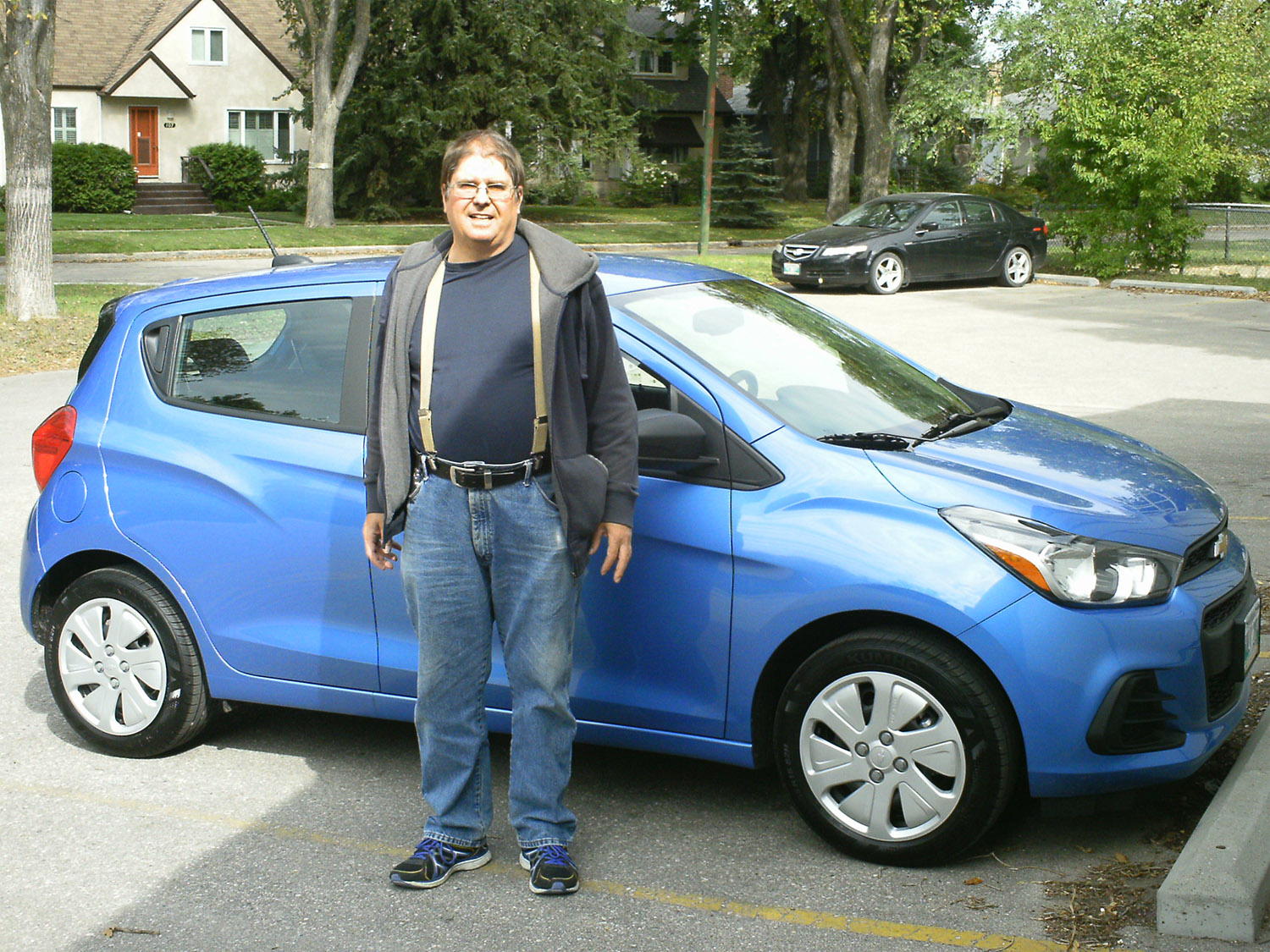 For years Murray rode his bike to work but in 2017 he bought his very first brand new car – a bright, blue Chevy Spark. Here he is showing it off on the first day he drove it to work.