Keith Taylor started the Children’s Garden thinking the front of the Club could use some colour, and it’s since grown to become an important landmark for both kids and grown-ups.

Keith, 64, has lived in Riverview since his late teens. He’s never had the space for his own garden, so he’s always turned to community gardens to enjoy the hobby.

The small garden full of flowers is designed with children in mind. The gate to the small fence has an exaggerated handle, and a small path leads to a seat with a sign reading, “Let your spirit smile sit awhile.” A second sign reads, “A good flower garden is like Christmas every day but without the snow.” 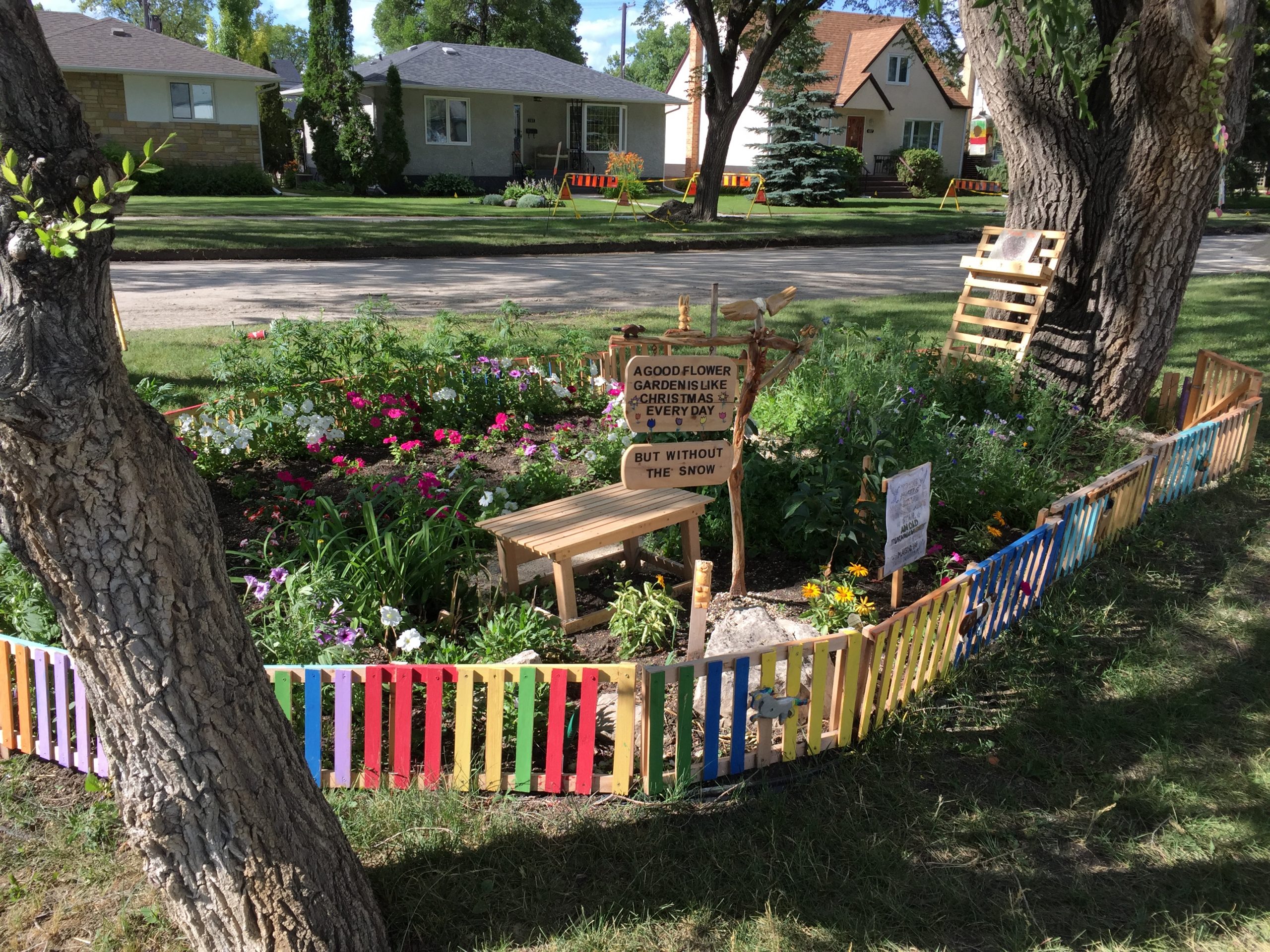 Children’s Garden in the summer.

Just outside the garden’s fence sit Adirondack chairs where friends young and old regularly meet to chat under the shade of the elms.

The Riverview Ashland Child Care Centre kids started to recognize Keith as they passed by the garden every day during the summer and would stop to ask him questions. When it came time to add the fence, Keith asked the children to paint it. The result was, predictably, a fence with a rainbow of colours.

The fence was originally built to keep out tramplers in the winter when the garden was hidden under the snow, but Keith also hoped that in the summer it could keep out the rabbits.

One day while Keith sat on one of the chairs just outside the garden, he watched as a rabbit hopped across the road to come investigate. Keith swears the rabbit circled all the way around the fence to where he was sitting, then turned around to wink at him before it hopped right over the fence and into the garden. 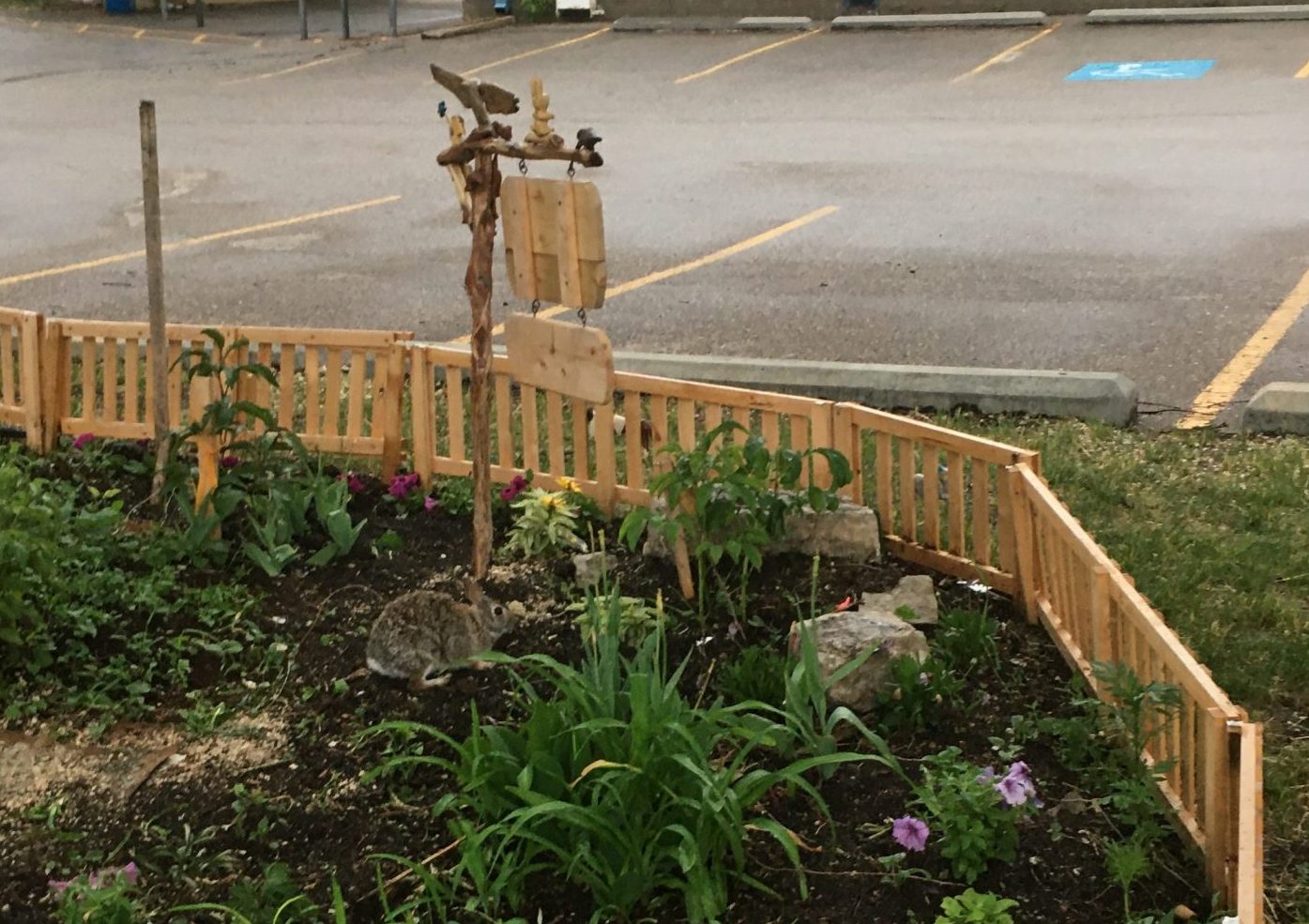 Keith’s photo of Carrot in the garden.

The kids named the rabbit Carrot, and Carrot’s picture now sits in both Keith’s home and the daycare. Keith says it’s a reminder to stay humble, because he might think he has it all figured out, then a rabbit might come along and show him up.

Next summer Keith plans to plant cabbages along the garden’s path to keep Carrot distracted from the tulips.

“If you can’t fight ‘em, join ‘em,” Keith says. After all, his garden is meant to be “entity friendly.”

Keith remembers one day while he was in the garden whittling, a kid wanted to know what he was doing.  Once he explained, the kid asked if he could make an eagle, which led to a long string of requests from the kids now decorating the garden.

One such request was for a mermaid. Keith obliged and decided to add a magic wand topped with a star. The carving sat in the garden peacefully along with the others through half the winter, when the star mysteriously vanished.

While its disappearance wasn’t entirely shocking, its reappearance a couple months later was.

Keith added a sign to the garden to memorialize the occasion. It reads, “To the angels who returned the mermaid’s star, an old bushman sees there is still magic in the world.”

Every Thursday during the summer a group of about six to thirteen kids from the daycare would come with their leaders to sit in the garden and listen to Keith’s storytelling.

This winter Keith plans to maintain the current collection of bird feeders so the kids can continue to enjoy the birds and squirrels like they did in the summer. He admits that most of the seed gets eaten up by squirrels, but they’re magical to the kids, and even an old guy like himself. 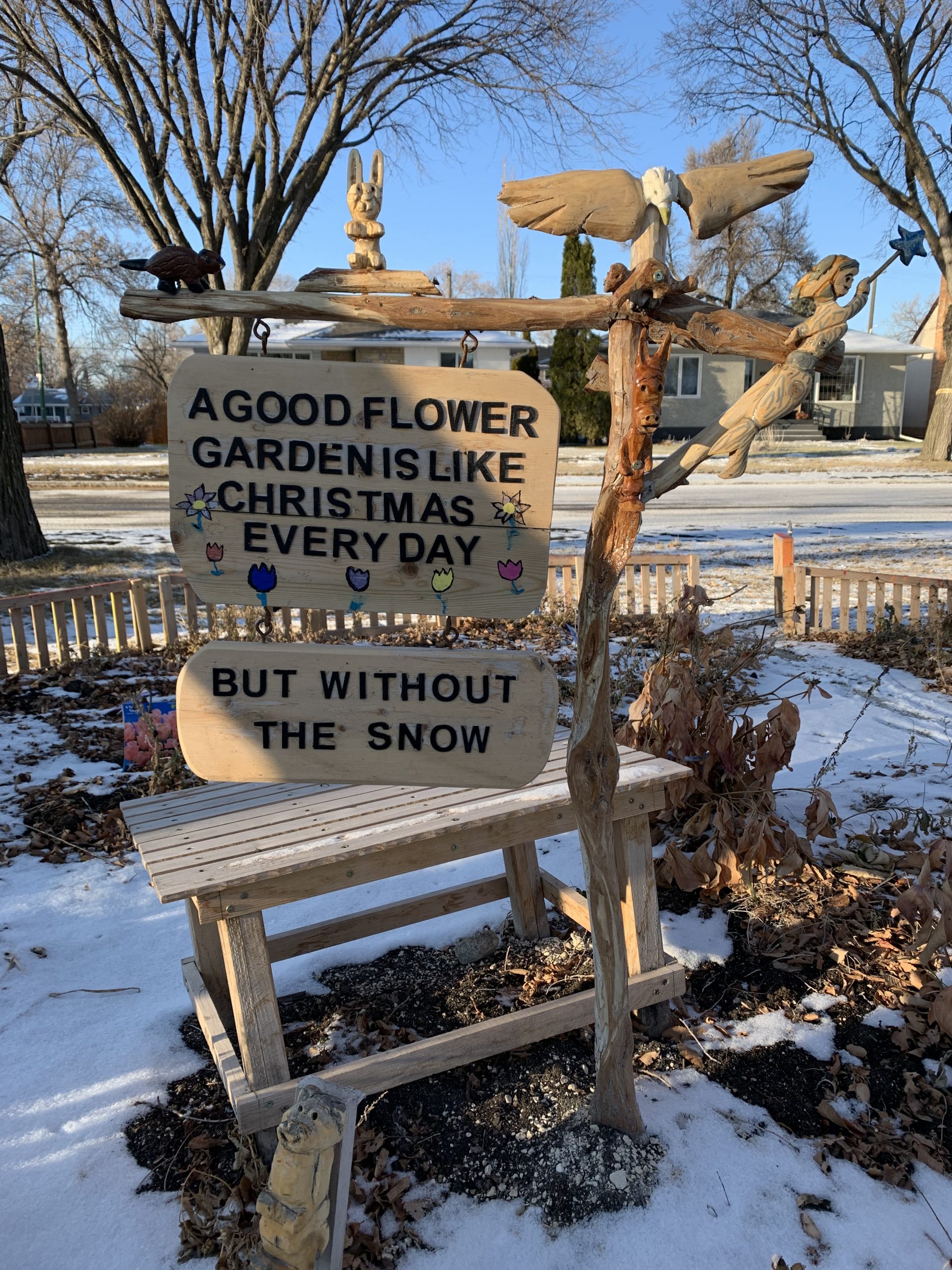 Children’s Garden sign with Keith’s carvings and the mermaid.

In the spring Keith plans to plant more perennials that will flower all year and welcomes donations at that time to speed the garden along. If you’d like to make a donation you can email the club’s general manager, Charles, at gm@riverviewcc.ca. 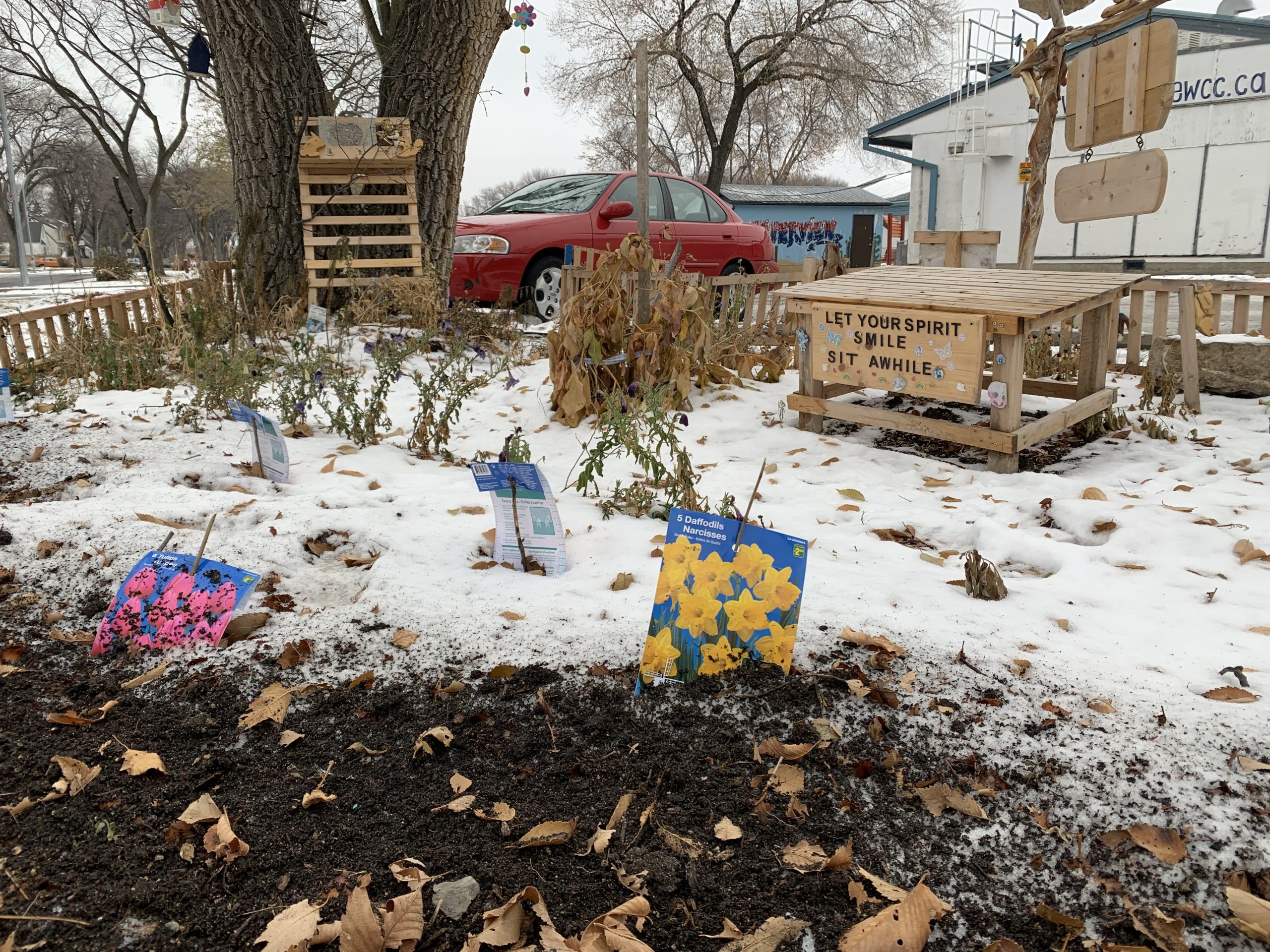 Children’s Garden in the fall.