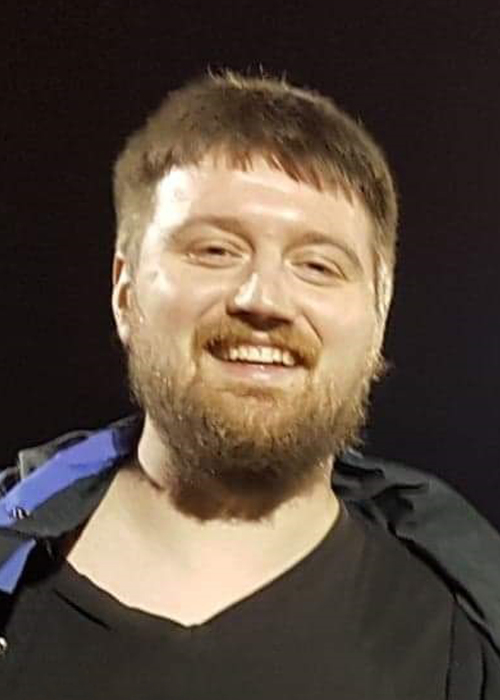 It is with heavy hearts that we announce the passing of Tyler Jackson on Saturday, May 16, 2020 at the age of 30 years.

Tyler will be lovingly remembered by his son Lucas and his parents Rosemarie (Galbraith) and Daniel Jackson along with his brothers Brayden, Nolan and Dustin.

Tyler was born in Winnipeg on June 1st, 1989.  He lived most of his life in the city. Upon our family moving into the Riverview neighborhood.  Tyler went to Riverview Ashland Child Care Centre Inc. (which he called his second family), Ecole Riverview and then Ecole Churchill.  He graduated from Argyle School in 2011.  On August 1st, 2008 Lucas came into his life.  Time spent with him was precious and he loved him very much.

Tyler enjoyed all sports but his favourites were hockey, soccer, football, rugby and bowling.  He played community centre sports and high school sports.  The highlight of his hockey career was being able to play with his brother Brayden on the Churchill Bulldogs High School hockey team.  He also enjoyed cheering on his brothers Nolan and Dustin at their hockey and football games.  He was a proud brother.

Tyler had various jobs in his life from baking at Tim Horton’s to selling phones for MTS Connect and including a stretch at being a carnie.  He finally found his passion as a cook at the Winnipeg Squash and Racquet Club.

Growing up Tyler loved to read.  He read everything and anything.  Even under his blankets at night, when he was supposed to be sleeping, using a flashlight.  He had a love of games from video to board games. Playing Magic cards at GameKnight Games and Cool Stuff on Osborne Street, being among his favourites.  He enjoyed building Lego with his son Lucas.

“Those we love don’t go away.

They walk beside us everyday.

Unseen, unheard, but always near.

To live in the hearts of those you love, is not to die.

A private family viewing has taken place and a memorial service will take place at a later date.

Donations may be made in Tyler’s memory to a charity of your choice.

A tree will be planted in memory and cared for by McKenzies Portage Funeral Chapel.  www.mckenziesportagefuneralchapel.com