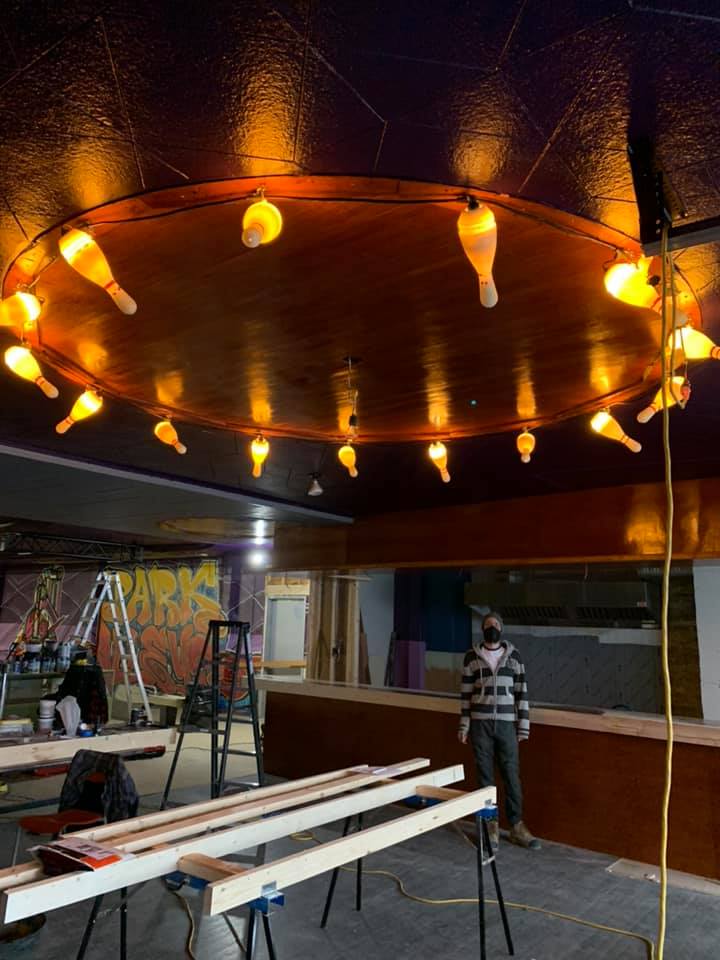 Tod thought it was a shame when he heard there was talk of turning the bowling alley into a gym and office space. When the agent called him the next day desperate to sell, he made the decision to bring Park Alleys back to life.

Tod and Laura Hughes just moved home to Riverview after 27 years in Calgary. Laura grew up on Ashland, back when she still went by Leigh Willows.

The couple had bowled at Park Alleys, and Tod’s mother-in-law had even been in a league.

The idea to combine bowling with a music venue came from Tod’s love of music.

Along with music will be a full-time kitchen, restaurant, and three vintage pinball machines.

The new venue will remove two of the eight lanes, making room for a stage for live music visible from any point in the venue, including the patio.

When the band isn’t playing, a 10’ projector screen behind the stage will play movies like the Big Lebowski or sports.

The new Park Alleys is a project where Tod has been able to exercise his creativity. “I wanna have little interesting pieces of art going on all over the place,” he says.

Near the entrance will be a huge light fixture made from bowling pins and a disco ball. The process of removing the drop ceiling revealed art deco relief patterns down the length of the lanes, plus neon lights. The ceiling is being repainted bright purple, with additional decoupaged old score sheets.

A local artist just finished a mural stretching the length of the lanes, and the sign out front is being switched to neon.

Old light fixtures and chandeliers are being sourced off Kijiji, and the new 30’ bar Tod is having installed is made from a piece of reclaimed wood from an old local building.

He wants the new Park Alleys to be a place for everyone and is working to obtain a liquor license that will allow children in the alleys at all times.

Initially, Tod plans to have the bowling alley open in the evenings, and day times on the weekends.

He’s adding more washrooms and updating both them and the entrance to make them handicap accessible.

So far, the plan is to wait until the pandemic is more under control before opening. Tod’s in no rush but imagines he might be able to start things up in the spring.

You can visit Park Alley’s Facebook page for more pictures of the renovations at https://www.facebook.com/parkalleysbowl/ 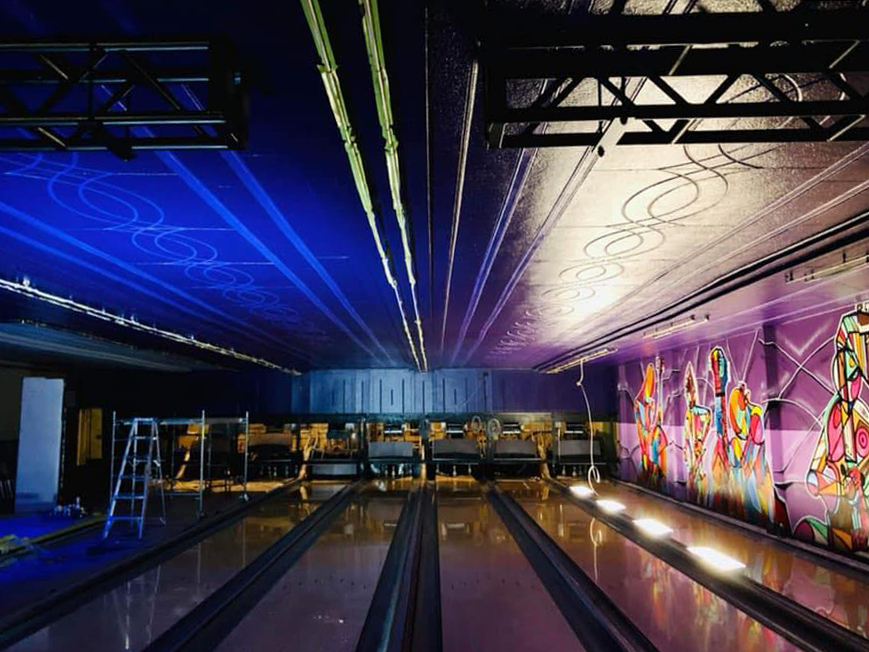