When Kerry Feeney originally created the design for the community centre’s t-shirt fundraiser, it was only meant for a small group of neighbourhood families. They had been planning a trip to Hecla when Covid hit, cancelling their plans. At the same time, Jason Oliver came up with the idea of creating custom t-shirts that all the families could share.

About 20 of the original shirts are already being worn around the neighbourhood, but Kerry figured the design could be put to further use, so she offered it to the community club to use for the next fundraising campaign.

As an architect, Kerry says the design was mostly a mapping exercise of the neighbourhood. Most of the map’s highlighted locations are based on the original group’s children, which made locations like École Riverview School, Churchill High School, and the community centre easy choices.

Kerry’s illustration of Grace Bible Church was inspired by a linocut print she has in her home by local artist Miriam Rudolf, titled, Winnipeg Neighbourhood III.

Kerry moved to Riverview from Toronto back in 2005. She loves that it’s a liveable, walkable area, with amenities close at hand and downtown just a bike ride away. She also appreciates that there’s such a strong sense of community spirit, with the community centre being the hub and the heart of the neighbourhood. 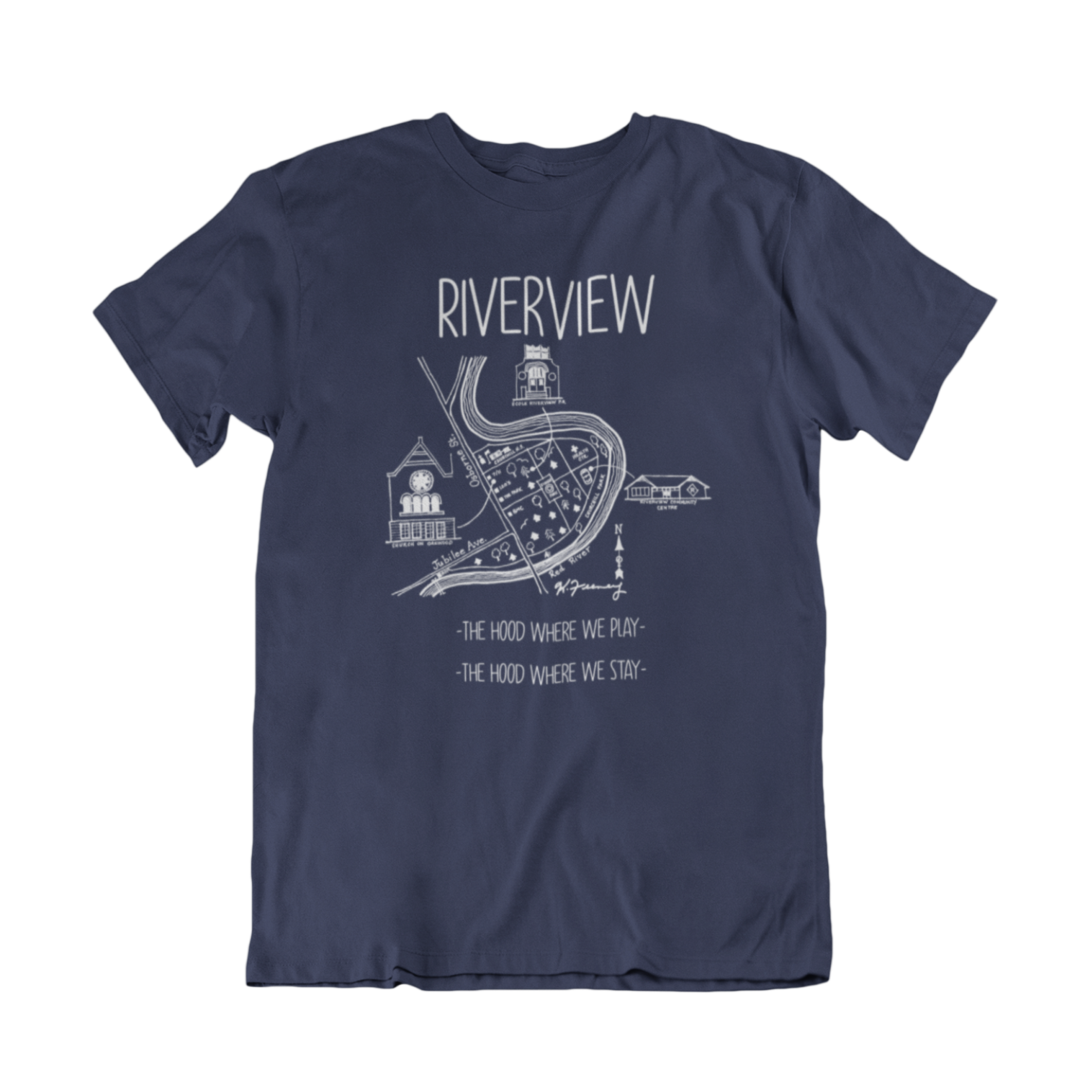 It was Jason who came up with the phrase “the hood where we play, the hood where we stay,” to accompany the map. That rings true for Kerry, who recently moved, but chose to stay in Riverview.

A new South Osborne business, We Heart Winnipeg, will be the ones to print the shirts. They carry their own line of clothing celebrating Winnipeg and Manitoba, and the fundraising shirts will be available to order from their website, HERE, from July 2-17. 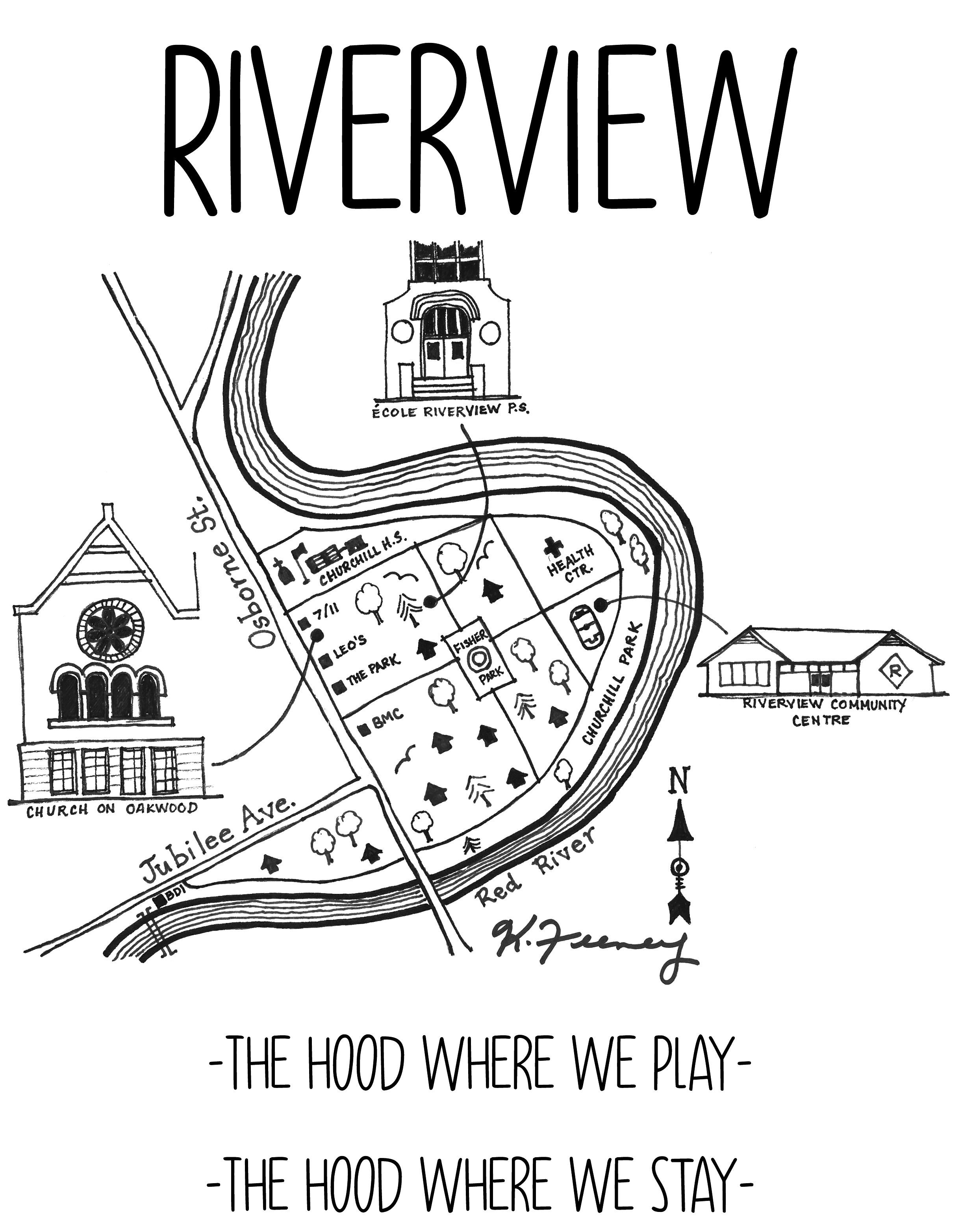